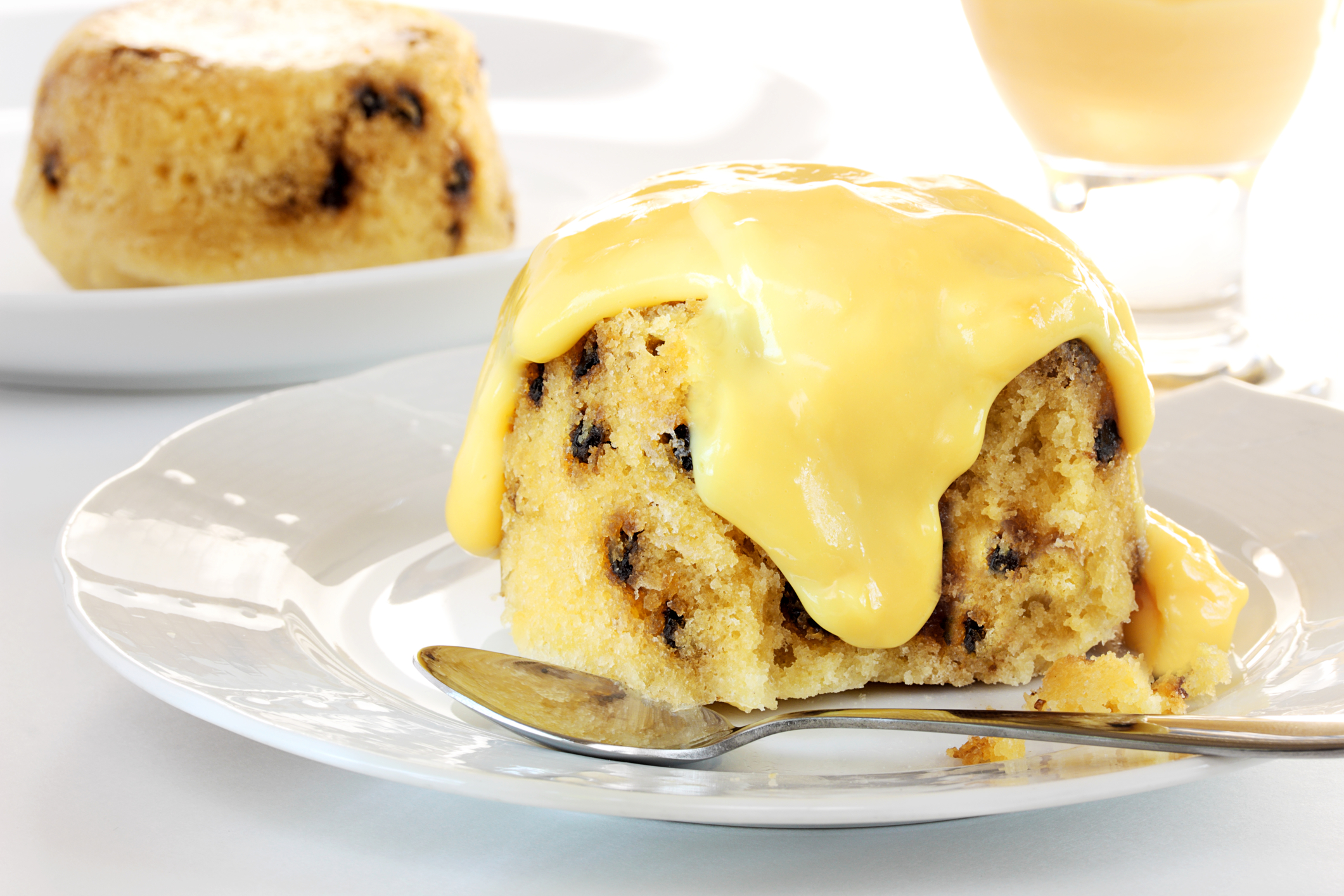 During the time that I spent working in the hotel trade in the UK, I learnt a lot from a fellow chef named Dave Morley. Dave took me under his wing and taught me how to make suet puddings and profiteroles.

The following recipe is called Spotted Dick. This is a very simple recipe but unfortunately, the cooking time is 2 hours so it’s not quick.

In the kitchens in the UK, we used to make them in stainless steel sleeve but now at home I make it in a plum pudding bowl but you will need a lid.

Add all the weighed dry ingredients into a bowl and using a wooden spoon mix them together.

Making a well in the centre of the dry mix add some milk, and stir in. Once the milk blends in add more milk and mix until all milk has been added and you have a wet dough.

Transfer dough into the lightly greased pudding bowl placing the lid firmly on then add the bowl to the pot.

Fill the pot ⅔ with hot water making sure not to cover the pudding bowl.

Boil for 20 mins and reduce the temp to simmer for 1 hour,

Carefully remove the hot bowl from the pot and allow to cool before taking off the lid.

When you are removing the suet pudding from bowl gently squeeze sides of the bowl to help ease it out.

Place your serving plate or dish on top of the bowl and turn the bowl upside down.

Your suet pudding should fall in one piece on to your serving dish.

Serve your spotted dick at once with warm custard poured over it.

The above recipe can be altered by exchanging the dried fruit for red jam.

When making the Jam Suet pudding substitute the dried fruit with half a jar of red (whatever flavour you wish) and add half a jar to the bowl once the bowl has been lightly greased. Then continue as per the above steps.

Searching is in progress

We use cookies to ensure that we give you the best experience on our website. If you continue to use this site we will assume that you are happy with it.Ok